Sam Plunkett's family was the first to plant vines in the region in 1968, and this kick-started the Strathbogie Ranges being recognized as an official Australian Wine Region. 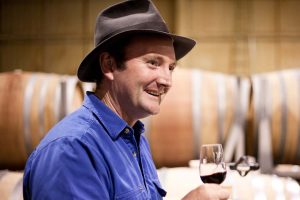 “Our philosophy is if you can do something for somebody and it doesn’t cost you much, but it’s valuable to them, do it,” asserts winemaker Sam Plunkett, of Wine by Sam, based in Victoria’s Strathbogie Ranges. It’s been a sentiment shared not only by Sam and his wife Bronwyn as they’ve grown their wine label over the past decade but also, it seems, the various players who were keen to see their fledgling business get off the ground.

After Sam’s partnership in the Plunkett Fowles wine company dissolved in 2011, winegrape growers with whom he’d previously worked started knocking on his door with free fruit offers because of Sam’s reputation in the industry. Offers of winery space and equipment followed. Sam was also approached by Naked Wines, whose business model pays winemakers to make wine under their label to sell to customers via a monthly membership.

“At Plunkett Fowles, we had worked a little bit with Naked Wines,” Sam Plunkett recalls. “The day an email went out saying ‘Sam’s leaving Plunkett Fowles’, the managing director of the UK [Naked Wines] business rang at some crazy hour of the morning asking me what I needed because they wanted to keep me making wine.”

“So, I had this extraordinary business saying, we can punt some money your way, and we’ve got access to customers. And, when those growers asked if I would like some fruit, I was able to say yes because I had an avenue to market.”

Wine by Sam produced its first vintage in 2012; a Cabernet Sauvignon out of the Strathbogie Ranges winery of Elgo Estate, who offered Sam some space under a modest commercial arrangement.

Since that initial vintage, Wine by Sam has grown from processing 200 tonnes of various varieties to processing 800-900 tonnes of fruit this year. And, if the weather complies, they expect 1130 tonnes from the forthcoming 2021 vintage.

Sam primarily sources his fruit from a dozen growers, mainly located in north-east Victoria. Supplementary fruit comes from the 20-acre vineyard in the Strathbogie Ranges owned by Sam and his wife, Bronwyn. The vineyard is adjacent to the vines planted by Sam’s father Alan in 1968 — the region’s first vineyard.

Today, the wines made under the Wine by Sam label include Shiraz, Cabernet, Chardonnay, Sauvignon Blanc, Riesling Pinot Noir, Touriga Nacional, Merlot and, occasionally, Savagnin, Tempranillo, and Barbera. Sam says about half of what he makes is Shiraz.

As a public nod to the growers who make Wine by Sam possible, Sam records the name of the growers who contribute the fruit to his top tier single vineyard range of wines on back labels. And even in years when nature produces less than ideal fruit, Sam stands by his growers as much as possible.

“The growers we work with can be confident that regardless of the circumstances, we will find a home for their fruit. We can drop fruit into a less expensive wine that doesn’t have to hit the same quality highs. The price we pay for the wine reflects the lower quality, but we don’t have a nasty conversation rejecting fruit.”

Sam estimates that Naked Wines sells up to 90% of the annual production of Wine by Sam: 40,000 cases in Australia with 20,000 each in the United States and the United Kingdom with smaller amounts to other markets. 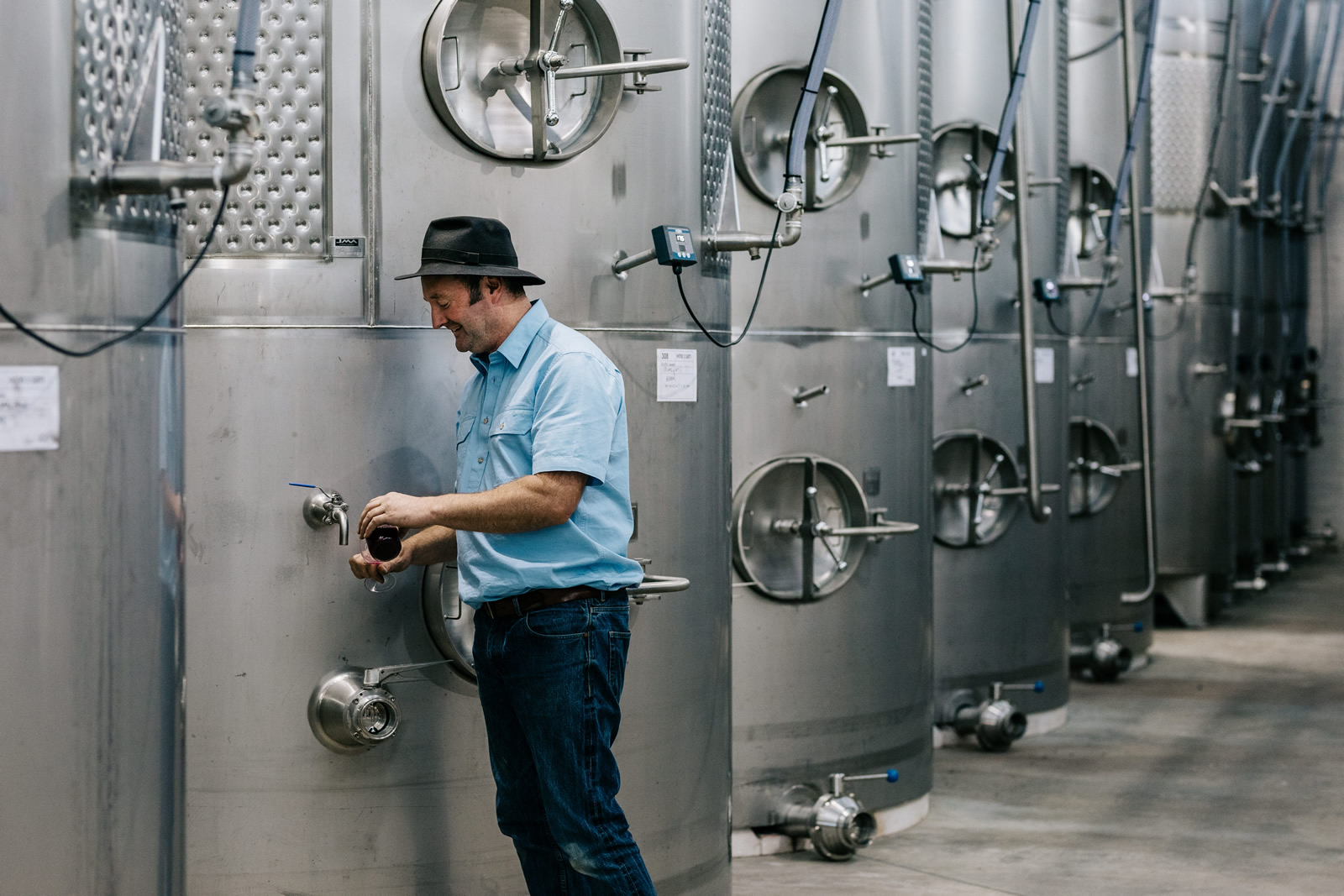 In 2016, Sam and Bronwyn decided it was time to acquire some winemaking space of their own and purchased a former textile factory in Seymour’s town, about an hour and a half drive’s north of the Melbourne CBD.

“We bought it in 2016 and produced our first vintage there in 2017. We opened the cellar door about a year or so later,” Sam reveals.

In keeping with their philosophy of doing things for others, Sam and Bronwyn host markets on the winery site every year at no charge to stallholders.

A few years ago, Sam and Bronwyn decided that an annual crush of 1200 tonnes was about as big as they wanted their wine business to grow. As they crept closer and closer to that figure, the need to transition away from a paper-based company became apparent.

“Our first vintage as this little, fledgling Wine by Sam business was all paper records,” Sam recalls. “I thought we would stay small enough that we could stick with paper records. But soon we were getting bigger, and paper records were becoming dangerous — I was going to get something wrong!”

“In 2013, we brought in vintrace. I researched three different winery management software, and vintrace was just the best of what was on offer. It was fair value and clearly scalable.”

Although currently only utilized for the winery’s cellar operations, Sam admits he is exploring the possibility of extending vintrace’s reach to manage other business areas, including packaged wine.

Sam and his two assistant winemakers use vintrace via desktop and mobile app.

“It’s great being in the cellar, standing at a tank, and being able to open up my phone and confirm the LIP [Label Integrity Program] details of the wine inside or the most recent analysis. And if I’ve got anything thoughtful to say about the wine, I can tap it in as a note. I like the app for mobility in the cellar. Boo to sitting at a desk!”

“I like the app for mobility in the cellar. Boo to sitting at a desk!”