A fondness for Yarra Valley Cabernet Sauvignon led Dominique Portet to establish his own vineyard and winery in 2000. In pursuit of a suitable property in the Yarra Valley to plant Cabernet, he eventually settled on a site on the Maroondah Highway, about a five-minute drive west of the town of Healesville, which is now home to the Dominique Portet vineyard, winery, and cellar door. 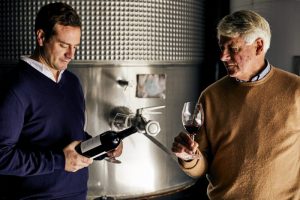 While Dominique’s fondness for Cabernet Sauvignon was the main driver behind the establishment of his own label in the Yarra Valley, the winery has also developed a reputation for its sparkling wines and rosés. Dominique’s son and tenth-generation winemaker, Ben, works alongside his father. “Dad was one of the first to make a dry rosé in Australia. We’ve always had a very good following for our rosé production,” said Ben.

Dominque Portet was also one of the early adopters of vintrace in the late 2000s. “I know there are a lot of different uses for it, but I mainly wanted to use it as an online LIP program in the cloud,” Ben said, referring to the record-keeping requirements that wineries in Australia must maintain to support label claims about a wine’s vintage, variety, and region. “We’re a really small, hands-on winery. vintrace gives us the ability to be hands-on but still has a sound record of every step of the winemaking process,” Ben reflects.

“Prior to using vintrace, we relied on written notes which could be quite hard to follow,” he said. “So, when [Wine Australia] would come to audit and say they needed to see our records for our exports, I’d have to wade through our written records. Now, it’s a click of a button and you’ve got the information at hand; it’s simplified our processes. It’s nice to pick up an old folder and read over the notes of what was done 20 years ago. But I always get nervous about losing written records. Now we can look up that information in real-time and know it’s all safely stored up in the cloud for future generations,” Ben said. 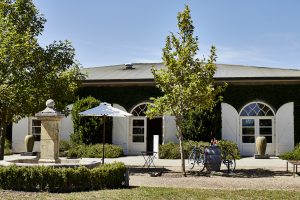 “vintrace also benefits our customers. I get customers who ask, what was the blend of your 2013 Cabernet? Although I should probably know the names of my children,” he mused, “sometimes I need to log into vintrace and confirm that there was this much Petit Verdot or Cabernet or Malbec.” He also commented that the ability to log into vintrace remotely outside of business hours to look up information has proven useful as well.

“The back-up support that vintrace provides is great. Like a lot of the equipment we’ve purchased in the winery such as presses and destemmers or crushes, it’s all about support. If any of those things break down during harvest, someone’s there to fix it.” Ben concluded, “vintrace is extremely helpful with support if you have an issue.”

“The back-up support that vintrace provides is great.”