As wineries in the Northern Hemisphere prepare for the impact that COVID-19 will have on the forthcoming 2020 harvest, Australian and New Zealand winemakers have shared how they adapted as their harvest was underway.

A recent webinar hosted by vintrace and the US-based Wine Industry Network talked to three Southern hemisphere winemakers. They shared how their teams implemented social distancing and hygiene protocols to ensure the wine industry retained its government-declared status as an essential service to finish processing the 2020 harvest.

The winemakers revealed how they lost overseas-sourced temporary staff because they returned to their mother countries before international borders closed. Thus, winemaking teams were split into two shifts to assist with social distancing, while hand sanitizer was in short supply. 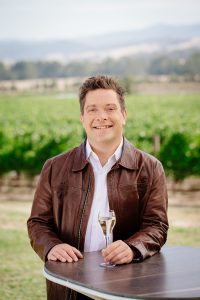 When asked what they would have done differently or set in place if given more notice of COVID-19 related protocols, Dan Buckle, winemaking director for Domaine Chandon Australia, quipped he would have “ordered another 1000L of ethanol to get ahead of the sanitation problem!”

“We also wouldn’t have employed a bunch of Kiwis and people from Europe because they all left in a great big hurry, and that was a bit of problem,” Buckle said.

He added that the winery might have begun the vintage earlier to offset the loss of staff and the added complexities brought about by the remaining team working across two shifts.

“Splitting the team in half and working alternate timings became a bit of a crunch point because you can only get so much done with a smaller crew,” Buckle said. He continued by admitting some decisions made during the vintage were “a compromise just to keep it all moving and things flowing through the winery.”

“We were fortunate that we had a pretty light harvest. That, in some respects, has been a blessing that generally wouldn’t be. “And not being able to talk face to face with people you would typically work with has been quite an interesting experience. Internally you have to pump up the communication and record-keeping, so you know everything’s status.”

“We’ve had to chop back a number of the trial or experimental or whacky winemaking stuff that we’d normally be playing around with to keep things a little bit simpler and streamlined,” Buckle said.

He explained how he and one of the other Domain Chandon Australia winemakers worked different shifts, adding complexity to tasting wine samples.

“Glenn [Thompson], who has a red-hot palate, was on the other team [from me]. We committed early on that we were going to keep detailed notes. We used the notes feature on vintrace.”

“When you can’t work side by side and chat about the wines, all of that background conversation is lost, and you have to find a way to replace it. Keeping it in the notes for each batch has been helpful, particularly as we’re starting to come into blending time.” 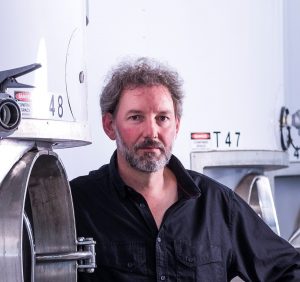 Jeremy Dineen, chief winemaker and general manager for Tasmania’s Josef Chromy Wines, said if he had more notice, his winery would have implemented better communication between the winery’s growers, staff, contract winemaking customers and “all the people delivering fruit”.

“There are 100 things I would have done differently or better, but we just didn’t have the time,” Dineen said. Echoing Dan’s Buckle’s comments, he said, “hand sanitizer was desperately in short supply”, and Josef Chromy Wines also lost temporary staff with short notice.

“We’re a smaller winery than Chandon, but we still bring in eight interns for harvest, and we lost four of them in the second week [of vintage], just as things were kicking off, so that was really tough. I’m not sure you can plan for something like that.”

Dineen said in addition to losing half its staff, the most significant impact of the COVID-19 guidelines was on vineyard visits.

“Normally one of the other winemakers or I would spend quite a bit of time out visiting vineyards with growers and talking to them and working out what we’re going to do with each block. Having that direct face-to-face contact with the vineyards cut off was quite difficult. There were a couple of people who grabbed the phone and gave you a Zoom or Facetime through the vines, but it’s not the same as walking through and tasting grapes with people and making those decisions at the time,” Dineen said.

With the Josef Chromy restaurant closed in line with COVID-19 restrictions, he said the reduction in people visiting the winery during the vintage period had helped with the logistics of implementing hygiene protocols, leaving only the winemaking team and delivery trucks on-site at any one time.

An area was set up at the winery to assist with the receipt of grape samples from vineyards. This process enabled a separate drop off of samples, eliminating the need for those delivering the samples to come into contact with Josef Chromy staff.

“In terms of when we were unloading fruit from trucks, we tried to ensure that the drivers kept their distance. That was a little more difficult, particularly in a busy environment where there’s fruit potentially coming in 24 hours a day.”

But the most significant difficulty arose, Dineen said, when signing transport documents. Although the winery was set up for paperless fruit intake records, most transport companies were still reliant on physical documents.

“Moving all of that to paperless would have been advantageous. A lot of the delivery drivers needed their particular documentation signed, and that was probably the most challenging thing to keep the social distancing in place.

“We can do all our fruit intake via vintrace if we need to. For people who had paper delivery dockets, rather than take those delivery dockets, we were taking a photo of [them]. That photo could then be emailed from a phone or uploaded and attached to the vintrace intake.”

Moving to a paperless operation has become a goal for Giesen Winery in New Zealand off the back of the COVID-19 pandemic. 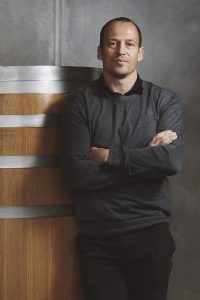 “We all separated into two major shifts,” explained Giesen chief winemaker Nikolai St George. “These two major shifts were housed independently from each other. I never saw the day shift, and they never saw the nightshift. So, we had to ensure we had excellent processes for handing over all documents from the press area, flotation, filtration, and intake. Each department had to write quite concise notes. A central system where those notes could be stored would have been beneficial,” St George added, “as well as a contactless system for recording receipt of fruit and other winemaking inputs.”

“When we order additives, you have receival invoices that go with the additives that the truckies hand over. [If] everything we did was paperless, that would have been amazing. We ended up taking photos to ensure things weren’t handed over, so there wasn’t that contamination passed along.

“We are pushing more and more for paperless now because we’re finding there are quite good efficiencies with that concept. It’s easier to search for certain dockets or information because it’s all there on file. Anyone can find it whenever they want.”

The inability to visit vineyards during the height of the COVID-19 restrictions was also a frustration for St George.

“My day-to-day job is looking at bringing in vineyards and going out and walking through them and discussing them with the viticulturist and formulating a bit of a plan. I was shifted to nightshift to ensure the nightshift had a reliable team so that if the dayshift got shutdown [due to a coronavirus outbreak among the staff], we’d have a team could get going, and we’d have everyone there that needed to be there. “That changed my role completely. I was back on the tools and not out in the vineyards.”

He said the absence of winemakers in vineyards led to some of them being picked faster than usual.

“You see the influence when you’re not in the vineyard,” St George continued. “Some nights, it was another 50% more on top of what you expected that night to be picked. Even though you allocated the blocks that you thought we should be picking, [the viticulturists would] try to slip a little bit more in there to shave an extra day off vintage. It was quite a bizarre feeling not to see what was happening [in the vineyards] and every night to come in, and it’s like a surprise; you don’t know exactly what you’re getting.”